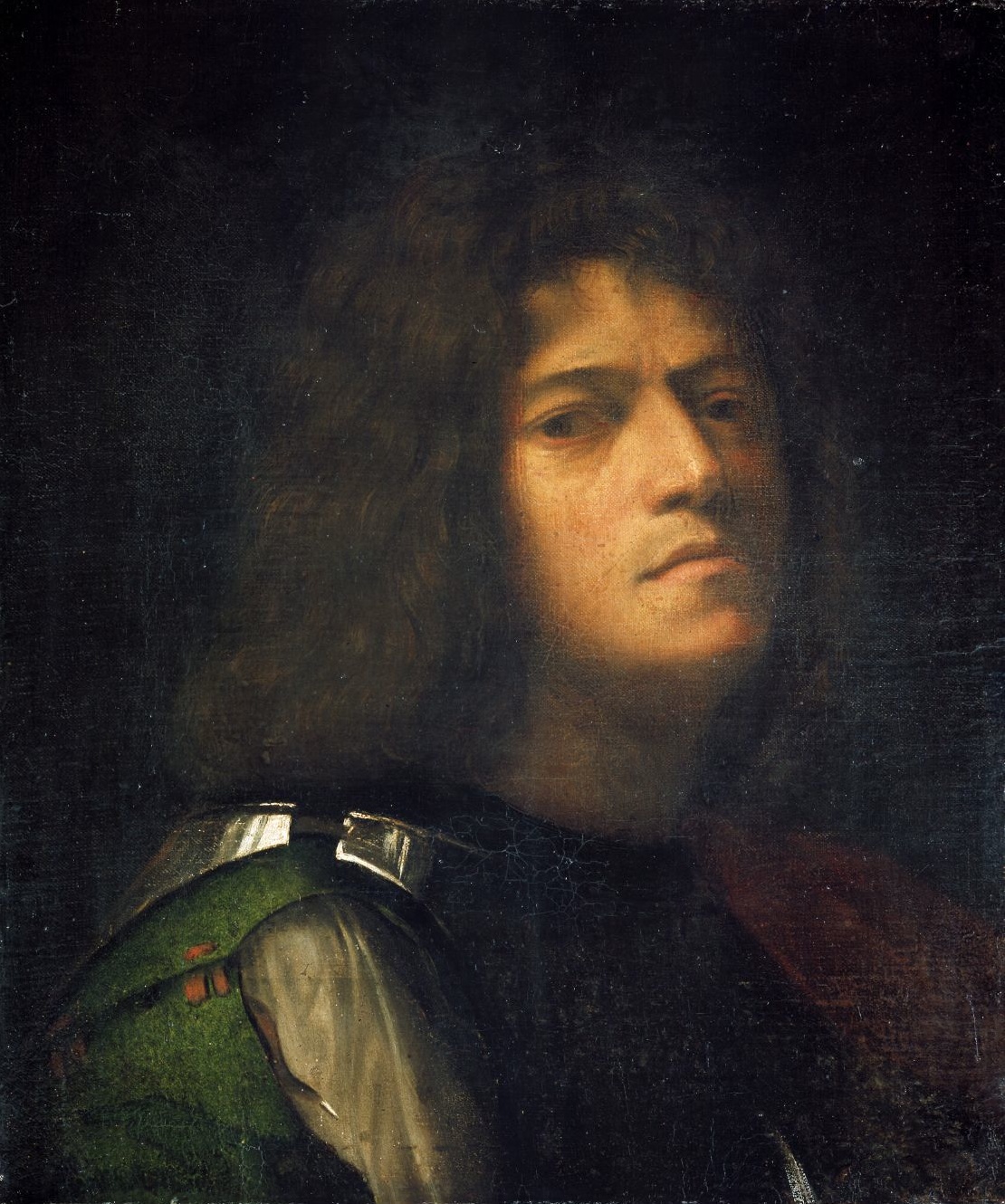 Paintings of the Italian Renaissance are ubiquitous in museums across the Western world and continue to hold a firm spot as major cultural artefacts centuries after they were created. Leonardo da Vinci, Michelangelo, Botticelli, Raphael, and Titian, among many others, are well known as masters of their craft with their works drawing large crowds wherever they are displayed. While studying the Italian Renaissance, especially the Venice region, I came across a well-known painter in art historian circles but lesser known among the general public, Giorgione. His works hold mysteries and innovation that have captured my imagination ever since I first laid eyes on them and I wanted to share this fascination through this article.

Giorgio da Castelfranco, born in the 1470s, though the date is uncertain, and died in 1510, was known as Giorgione, and was one of the greatest painters of the Italian Renaissance. His influential style revolutionised Venetian painting and ushered a new era for the region’s painters. Giorgione lived a short life and was struck down by the plague in his thirties, but his legacy continues to fascinate and confuse art historians, prompting constant debate as to what his works mean and how to understand them within their time period.

In the illustrious Lives of the Artists, Giorgio Vasari denotes Giorgione as a painter who had surpassed the masters of Venetian painting that preceded him, notably Gentile and Giovanni Bellini, by adopting a modern technique that allowed him to rival his Tuscan counterparts, such as Leonardo da Vinci. According to Vasari, Giorgione had seen some of Leonardo’s work and had taken on some of his technique of painting with extraordinary softness while also creating the likeness of his model in strong relief through darkened shadows, otherwise known as sfumato.

Giorgione’s legacy has been rife with mystery and false attributions as it took centuries to recognise that some of his oeuvre was in fact his and not other contemporary painters’, such as Titian (or Tiziano Vecellio). Notably, some sources claim that Titian was Giorgione’s assistant for some time while others claim that Titian and Giorgione had been apprentices at the same workshop, perhaps that of Giovanni Bellini. Regardless of how their connection was made, Titian and Giorgione did work together on certain projects such as the frescoes on the newly rebuilt Fondaco dei Tedeschi in Venice, but unfortunately these paintings have been lost to time. It is clear that Titian’s style was influenced by the leaps that Giorgione made in modernising Venetian painting, although he lived a longer life than his colleague and surpassed him in the mastery of oil technique. Work attribution has bounced back between the two painters due to the lack of documentation from the time, and the absence of the signature “zorzi di castle franco”, which refers to Giorgione, that can only be found on a couple of the works thought to be by his hand.

Luckily for art historians, a manuscript written by Italian Renaissance nobleman and art historian Marcantonio Michiel was found in the 1800s, which details an eyewitness account of painting collections of patrons during Giorgione’s time. Comparing the written account to known paintings led to the conclusion that some works previously attributed to others were in fact by Giorgione. The best example is the Sleeping Venus, which is now attributed to Girogione but the landscape and Cupid were completed by Titian.

The mysteries of Giorgione extend beyond attributions and sharing credit with Titian. The works he has left behind have been fuelling art history debates for a long time, and this will likely persevere for generations to come. One of his works that raise endless questions and theories is The Tempest, which hangs in the Accademia in Venice. This painting displays Giorgione’s revolutionary work in bringing the landscape to the forefront of a painting’s subject, something that had never been done before in the western painting tradition.

The Tempest and its debates

The Tempest depicts two figures with a mysterious iconography and a hotly-debated relationship. The man has been interpreted as a soldier, a shepherd, or as a Venetian patrician of Giorgione’s time. The naked female figure suckling a child is often referred to as a mother or possibly a gypsy. At the centre of the painting and behind the figures is the subject of the painting, the storm. Even in Marcantonio’s Michiel’s notes about the work, the figures are described as an addition to the landscape and to the brewing storm. The depiction of nature in flux is unprecedented in Italian art and has persuaded modern art historians that it is an allegory to be deciphered. The storm illuminates a fortified city with strange architecture in the background as a lightning strike signals the oncoming tempest. The male figure looks on to the female and the child, separated from them, as from the viewer, by a body of water. The female on the other hand, looks passively towards the viewer, bringing the beholder into the narrative. While the male figure is dressed in Venetian garb of the time, the female’s lack of identifying characteristics renders her a figure out of time, one that could be pulled out of Biblical or mythological texts.

As interpretations of the figures and allegories abound, some scholars speculate that the painting is in conversation with or an imitation of poetry by Roman poet and philosopher Lucretius specifically in his work De rerum natura (On the nature of things). Through this lens, the male figure is interpreted a Venetian youth of high status contemplating nature and physical existence outside of the realm of the city, while the female figure, exposed to the elements but maintaining a detached gaze, shares features with other Venetian depictions of the goddess of love, Venus. During the time of Giorgione, meditation on subjects of Roman poetry were fraught with debate and controversy as they collided with religious ideals, thus the meaning of this painting could have been lost to time due to the condemnation of poems such as Lucretius’ shortly after the time of The Tempest.

Other theories have been brought forward as to what Giorgione could have possibly meant. Was it Adam and Eve? Or an allegory about family and childbirth? Could it be Giorgione letting his imagination run wild and a wealthy patron allowing him to do so? This, we will never know, and that is alright. Giorgione created poetic paintings and did not illustrate a story, which makes him the modern artist of his time. He let go of the strict symmetries of the previous generations and used the oil medium to create dreamy and atmospheric scenes that allowed the beholder to contemplate nature and life within them.

His paintings have been around for over half a millennium, they have been studied and scrutinised endlessly, yet they have managed to keep their secrets from us, leaving us to speculate endlessly and revisit the minutia of the time they were conceived in. Such contemplations on Giorgione’s paintings can tell us a lot about the history of a city and of art that emanated from it. Despite his short life span and his limited surviving works, Giorgione still finds ways to fascinate and intrigue us centuries later.

Stonard, John-Paul. “He was one of the greatest of all Venetian artists, but who was Giorgione?” The Guardian, March 11, 2016 https://www.theguardian.com/artanddesign/2016/mar/11/giorgione-venetian-artists

Vasari, Giorgio. Lives of the Most Eminent Painters, Sculptors and Architects: Tr. from the Italian of Giorgio Vasari. Vol. 2. HG Bohn, 1851. 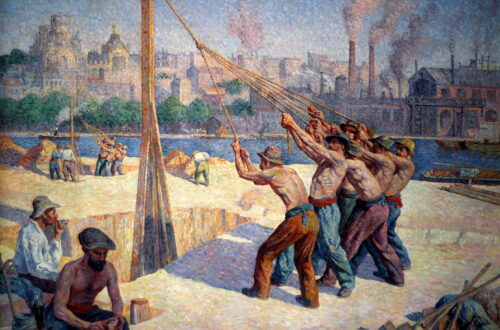