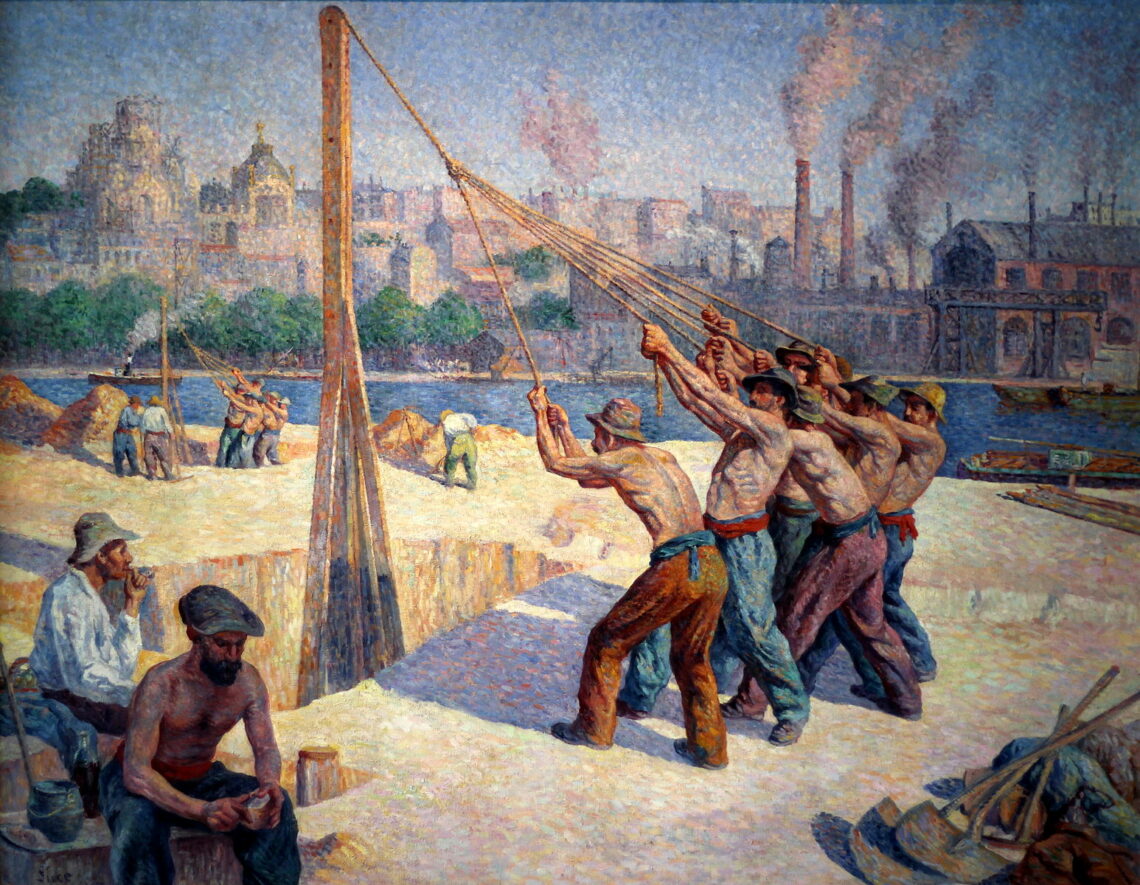 During a visit to the Marmottan-Monet Museum in Paris a decade ago I discovered a group of artists, the Neo-Impressionists, through a special exhibit of their work. Their paintings were vibrant and beautiful, with a kaleidoscope of coloured dots catching the light and illuminating wondrous landscapes and scenes of daily life. Upon looking into this movement further, it became clear that these mesmerising dots of colour represented a lot more than an interesting technique. They were a revolution. The dot encapsulated the polar opposite of Impressionist technique. By being precise, it eliminated the core facet of Impressionism, which is known to be improvisational and imprecise.

Neo-impressionists directed their criticism towards Impressionists and the bourgeoisie through their work. We cannot see any of the spontaneity, imprecision, or improvisation that is part of the Impressionist technique. They followed more of a “scientific method” based on laws of optics and pigments, which involved a technician-like style of applying unblended pigments in the form of small, uniform, dots called “pointillism” or “divisionism”.

Maximilien Luce (1858-1941) was a member of this group. He was a French Neo-impressionist painter who worked alongside contemporaries such as Paul Signac, George Seurat, Camille Pissaro, Henri Edmond Cross, and Theo Van Rysselberghe.

Luce belonged to the “Société des Artistes Indépendants” (Society of Independent Artists), founded by Paul Signac, which exhibited the paintings of more than a hundred artists as a response to the suppression of juries that acted as gatekeepers to exhibited art at the Salon de Paris, and as a means of independence from “traditional” Impressionism. Luce was also dedicated to the anarchist journal “La Révolte”, which was edited by his friend Jean Grave and to which he contributed many lithographs and paintings during the 1880s.

Neo-Impressionists who formed this society such as Signac, Seurat, Luce, and Pissarro, had all been fans of the anarcho-communist utopia. This meant that they shared the socialist tenets of having a communist economy, collective ownership of the means of production, the end of social classes, and the abolition of private property. However, while socialists focused on the collective at the scale of nations, anarcho-communists thought of it in terms of smaller communes, often the size of neighbourhoods.

Their art represented their affiliation to this movement and to the working class, none more so than Luce. Camille Pissarro expresses the mixture of style and social standing best in his famous exclamation,

While most Neo-Impressionists began veering away from representations of Paris and its labourers to depict a Mediterranean idyll, Luce maintained the dedication of his art to the lives of workers and to anarchist ideals throughout the late 1800s. Luce’s adherence to these ideals was a personal reflection of his situation. He had had a modest upbringing and had never been part of the bourgeoisie. He worked as a wood carving apprentice to make a living until his eyesight started getting affected by his work, which is when he threw himself into painting entirely. Belgian poet Émile Verhaeren stated that Luce lived among painters as if he was a worker who did not want to break the link that tied him to the masses. As Robert Bernier, critic and former co-director of La Revue Moderne, put it in 1890, “It’s because Luce is a proletarian, a poor man, that he has felt the same pains and endured sorrows every bit as harsh as your own. You might be able to make out traces of tears beneath his brushstrokes.”

Through his depictions of working man going about his labour and daily tasks, Luce gives us a window into the life of the proletariat. The quiet moments in the morning as a man dons his shoes before his laborious day commences, or the instance of reflection while a worker is washing up, depict Luce’s bridging of art and the masses. The artist’s vision and his belief that art and beauty resided in the quotidian are reflected in the painted introspective and thoughtful lives of the alienated worker.

Even in his landscapes, such as Camaret, Luce brought in his connection to the commune, the proletariat, and the anarcho-communist utopia. A citizen of this utopia has to live in harmony with the natural environment, and according to anarchist Élisée Reclus, the milieu best suited for the growth of such a utopia was the sea coast—especially harbours. Although the latter might be bustling with life and ugly at times, they were places where humanity and its products were perfectly integrated into their environment.

We can see that Luce’s painting of the port of Camaret exhibits the utopia that underlined the classless hopes of nineteenth century artists, especially poverty-stricken Luce, with its harbour and systematic depiction of fishing boats, that maintain their individual defined shape, but come together in a nearly communal way, with none greater or notably different than any other. Despite his depiction of a landscape with no human worker, the boats are the link between Luce and the class that he represents.

The radicalism in Luce’s work comes from his painting of the everyday. The focus on the routine and the quiet of the daily grind offer a deep and intimate view of the labourer’s life. The politics of Luce’s ideals are not played out in revolutions, but in the repetitive mundane, where alienation and exploitation are not depicted but can be felt through every coloured dot.

Roslak, Robyn. “Organicism and the Construction of a Utopian Geography: The Role of the Landscape in Anarcho-Communism and Neo-Impressionism.” Utopian Studies (1990): 96–114.

Signac, Paul. “Artists and Anarchism: Unpublished Letters of Pissarro, Signac, and Others.” In The Burlington Magazine 102 (1960), compiled by Robert Herbert and Eugenia W. Herbert, 472–82. 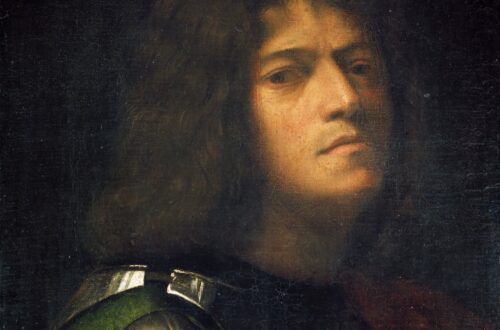 Giorgione: The Great Renaissance Painter That You Have Never Heard Of